It is exciting to see the new Core Web Vitals technology report Rick Viscomi created, even though it shows an abysmal rate of 22% of WordPress powered origins pass the Core Web Vitals “Good” threshold .

However, part of what I want to understand isn’t reflected in the report’s graphs directly: how have CWV scores changed over WordPress versions? Are there measurable improvements in the wild after recent changes like adding native image (version 5.5) and iframe (version 5.7) lazy loading and WebP image support (version 5.8)?

I worked with Rick to arrive at this query to extract the performance data, grouped by WordPress version:

It limits results to the app “WordPress” and groups the results by WordPress major version, which is extracted from the info field using REGEXP_EXTRACT. Here is the resulting data which I used to create the Dashboard. 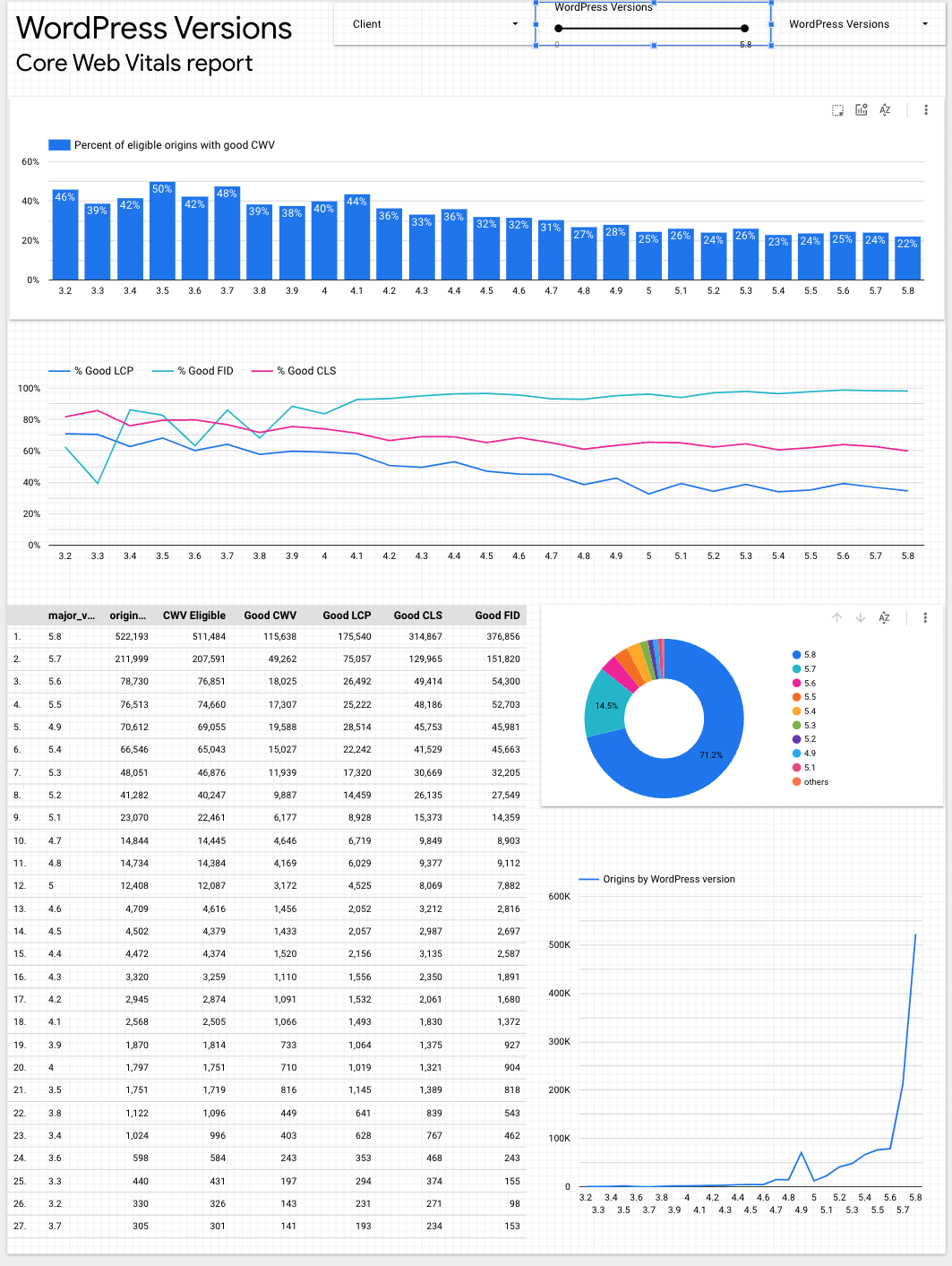 To answer my previous questions:

Several other points stand out in the report (link):

The performance team can use this dashboard to monitor progress, seeing how changes we make with each WordPress release affect Core Web Vitals scores.

Don’t you think there is additional validation required to clear the data from old and not updated sites?

I mean if people setup a site long time ago, then if they are don’t care on any updates, optimize images, performance improvement, it does not mean a version of WordPress.